Top Reasons that The 52 Vincents, Winners of the 2011 Rapha NE Gent's Race didn't get an automatic invite to the 2012 Race

Today, we bring you the Epic Avengers, a reprise of the 52 Vincents Gender-balanced team with very few visible tattoos, who have been training all winter, and even came up with a brand new theme, in hopes of getting one of the extra invites to the 2012 Rapha NE Gentleperson's Race, so we can defend our title. Come on Rapha. We want to prove it wasn't a fluke! 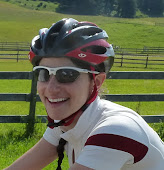